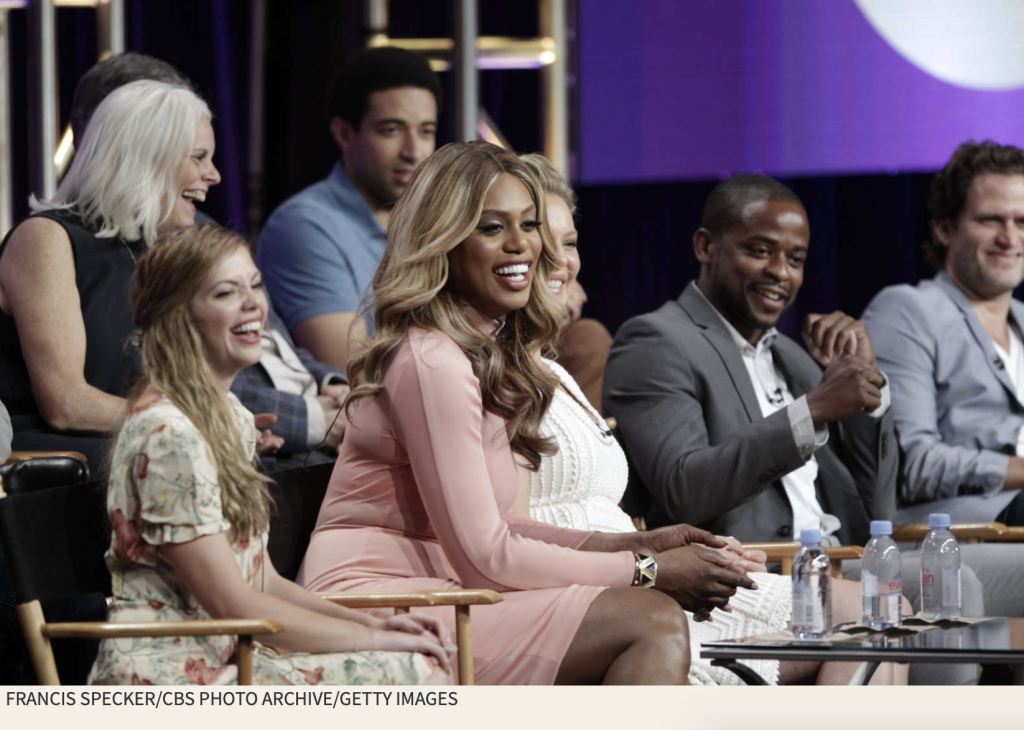 What Does Transgender Mean? Your Guide to Understanding Trans Terminology

Although ultimately impossible to measure precisely, a new study suggests that about 1.6 million Americans are transgender. Too often in the LGBT discussion, we focus on the LGB, and forget about the T.

Let’s broaden our discussion, to include all of our sex-positive brothers and sisters. It is perfectly OK to not yet be familiar with these terms — but as you seek to better understand the trans community, it helps to start by understanding some of the language. Here’s your starter guide.

Transgender is an umbrella term used to describe a person who does not identify specifically with their assigned gender from birth. There’s a big spectrum on this — not everyone falls into an entirely male or female category — meaning the term includes a lot of gray area.

Some people use the term “transgender” to include drag queens and all gender nonconforming folks; others don’t. Some trans folks hate the term; others don’t. “Trans” bridges some of that gap. “When in doubt,” Monika says, “just say ‘trans.’ It’s a baggage-free abbreviation, umbrella, and identity for a large percentage of the community — and won’t be read as offensive or rude. No one is gonna start a hashtag because you called me trans.”

Here’s a simple way to understand what it means to be cisgender:

ELLE: I’m a cisgender female; meaning I identify with the gender assigned to me at birth. I was raised as a female, and I identify as such.

MONIKA: I’m a trans woman. I was assigned male at birth, and I’m a woman. I’m also a DJ and a writer. I’m wicked hot — and you, dear reader, should treat me like people.

FTM is an acronym for “female-to-male” that refers to trans men who were assigned female at birth. Conversely, MTF is “male-to-female” and refers to trans women assigned male at birth. Some people find the term uncomfortable and don’t like to use it; others prefer it. You should always ask before these acronyms to describe an individual.

But how do you ask someone a question like this?

“It’s like asking any other personal question,” Monika says. “Don’t drop the bomb in the middle of discussing Stranger Things on Netflix. But if the topic comes up and you are struggling to find the right wording in your head, it’s OK to just ask: ‘I’m sorry, this might be wrong, but do you prefer FTM or is there a better term?’ Just use good judgment, be polite, and you’ll be fine. Always better to ask!”

The above acronyms are used in reference to L) lesbian, G) gay, B) bisexual, T) transgender, Q) queer, and A) asexual or ally. But while we lump all these groups together into a single acronym (i.e., “the LGBT community”), it’s important to remember that each part of these acronyms represents a specific identity. Trans is overlooked too often, even as strides are made among the gay, bisexual, and lesbian communities. But some of that is (finally!) starting to shift, ever so slowly.

“Trans folks have been at the front of the LGBTQ equality movement from the start,” Monika says. “Trans women fought on the front lines of Stonewall and the Compton Cafeteria riots. As things got better for LGBQ folks, the T just seemed louder by comparison. Our stories, eventually, cut through the noise and it leads us to where we are now.

“An ‘ally’ is what you call yourself when you use the right pronoun for your trans friend, or when you retweet Laverne Cox. However, being an ally is more than just a few actions. Even if you don’t know a trans person, you can ally.” Write an email to your state and national government officials in support of employment protections for trans folks, or talk to your family about the humanity of trans folks. You can ally all over your family.

Pronouns are the parts of speech we use to describe the gender of people, pets, and sometimes boats and cars (if you’re into that sort of thing). She, he, and — if you’re non-binary, or genderqueer — they. If you don’t know someone’s gender, it’s really easy to just use “their/they.” Try it! People do it with babies all the time.

“Your cat is licking their paws.”

“That person with long hair is waiting for their cab.”

“People do it all the time in general,” Monika says. “Chicago style manual, Washington Post, and many other style guides recognize it as just plain useful. I have a friend who doesn’t like it for formal writing, but they’re wrong. See what I did there?”

It’s sort of just like it sounds. It’s usually referring to the medical and/or social puberty experienced by trans folks. It’s just like a young cis (non-trans) boy “transitions” from boyhood to manhood during puberty. You might hear someone tell you that they transitioned when they were 16, for example. That would give you some idea of their life experience.

“People often read this as ‘fear of trans people’ and sorta rightly so, given its etymological roots,” Monika says. “However, the way it’s used is more than just the fear or hate of trans people. It’s about the systemic and socially mediated ways in which society mistreats an entire class of people and how that impacts the way trans folks, and trans women in particular, are treated.”

“This has nothing to do with being trans,” Monika says. “It’s a generalizing medical term to describe folks born with genetic, reproductive, and sexual anatomy differences that don’t fit the usual definitions of male and female. Some intersex people are trans, and others aren’t, but they are separate things.”

Genderqueer is a sort of catchall umbrella term often used to describe gender non-conforming and trans folks who don’t feel like they fit into the male or female identity. Not everyone uses it, and some people identify as genderqueer and a woman or a man. It’s a messy world, and language is often inadequate to describe how folks feel.

In one stand-up routine, comedian Whitney Streed sums their experience as such: “I cut my hair [short], I dress and move about the earth in this particular fashion, because I need my gender to be baffling. Like I need it not to scan. I’ve thought about it, and I want all of my catcalls to end in question marks, that’s what I’m going for. I want my gender to be something like a crossword puzzle. Because you are gonna work on this the entire bus ride to work. Just taking in all the clues, thinking about it. You get there, you think to yourself, ‘Did I get all of that right?’ –That’s me! I am the New York Times Sunday crossword of gender.”

In the same way some sex-positive people like myself refer to themselves as a slut, most younger LGBTQ people are happy to call themselves “queer” in an effort to reclaim the connotations of the word.

“It’s a term some LGBT folks forged out of an anti-gay slur,” Monika says. “Usually only referring to sexuality, I like to use it to describe my sexuality and not my gender. Some people, though, identify as queer rather than trans. [But] it can be very offensive to some people, especially gay men of older generations.”

Everyone is a cross dresser and everyone isn’t. Basically it’s all about social context. Women wear suits all the time now, but at a different time we might have called that cross-dressing.

Nowadays, people seem to use it to exclusively refer to men who wear clothing and makeup deemed too feminine for a man. It’s a ridiculous term past its prime.

Gender identity is defined as the personal experience of one’s own gender. Which seems vague, but that’s fine.

“Sometimes it [gender identity] can feel less solid,” Monika says. “I don’t just identify as Latina, I am Latina. I am a woman.”

This is a catchall usually used for trans people assigned female at birth who are men. Sometimes they have gone through — or are planning to go through — some medical interventions to enhance their comfort with their bodies.Sometimes, people use the term to refer to people who don’t identify with manhood. These are individual cases.

For both uses of trans, is it OK to use the term “tranny”?

“You’re allowed to say any word, sure,” Monika says. “But it’s probably ill-advised to skip down the street dropping the ‘T’ all day. Not only are you likely to ruin someone’s day, but you’ll likely sound like a clueless relic. So, unless you want to be a wanker, hold off on the ‘T-word’… unless you’re a trans woman. It’s sort of ‘our word.’”

Same goes for “transvestite.” It’s archaic, and should be left to the script of the Rocky Horror Picture Show.

“Back in the ’90s,” Monika says, “there were these insufferably fine distinctions drawn between different types of transgender and gender-nonconforming folks. ‘Transvestite’ was a diagnosis from the DSM IV codes for mental illness — that has since been removed — used to describe folks who fetishized cross-dressing. If you identify as a man, and wearing lingerie while jerking off sounds like an ideal Sunday activity, then at that time you would have been considered a transvestite. These distinctions have largely fallen out of use, or fashion, or whatever. No one is really using this term anymore.”

Sex, sexuality, and gender are a larger ingredient to the recipe of a society. And human rights are an integral part of an ethical nation — but it all starts with our ability to communicate with each other. Asking questions, showing compassion, and seeking understanding: this is how we elevate our culture to a better place.

Whitney Streed is a Portland comedian, you can find them on Twitter @whitneystreed 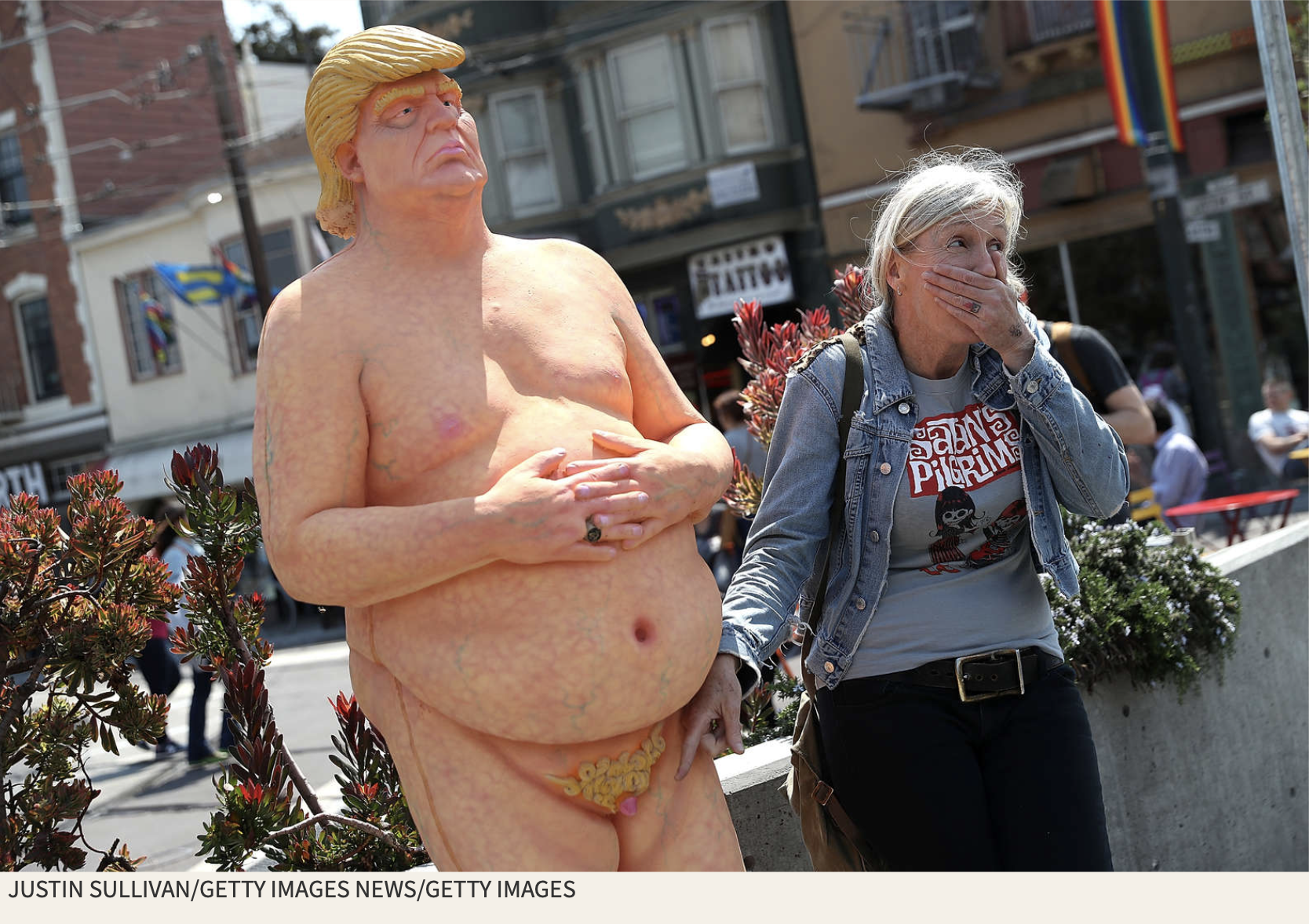 It’s Time to Put an End to Small Penis Jokes
Next
Car Sex Is Underrated. Here’s How to Pull It Off. 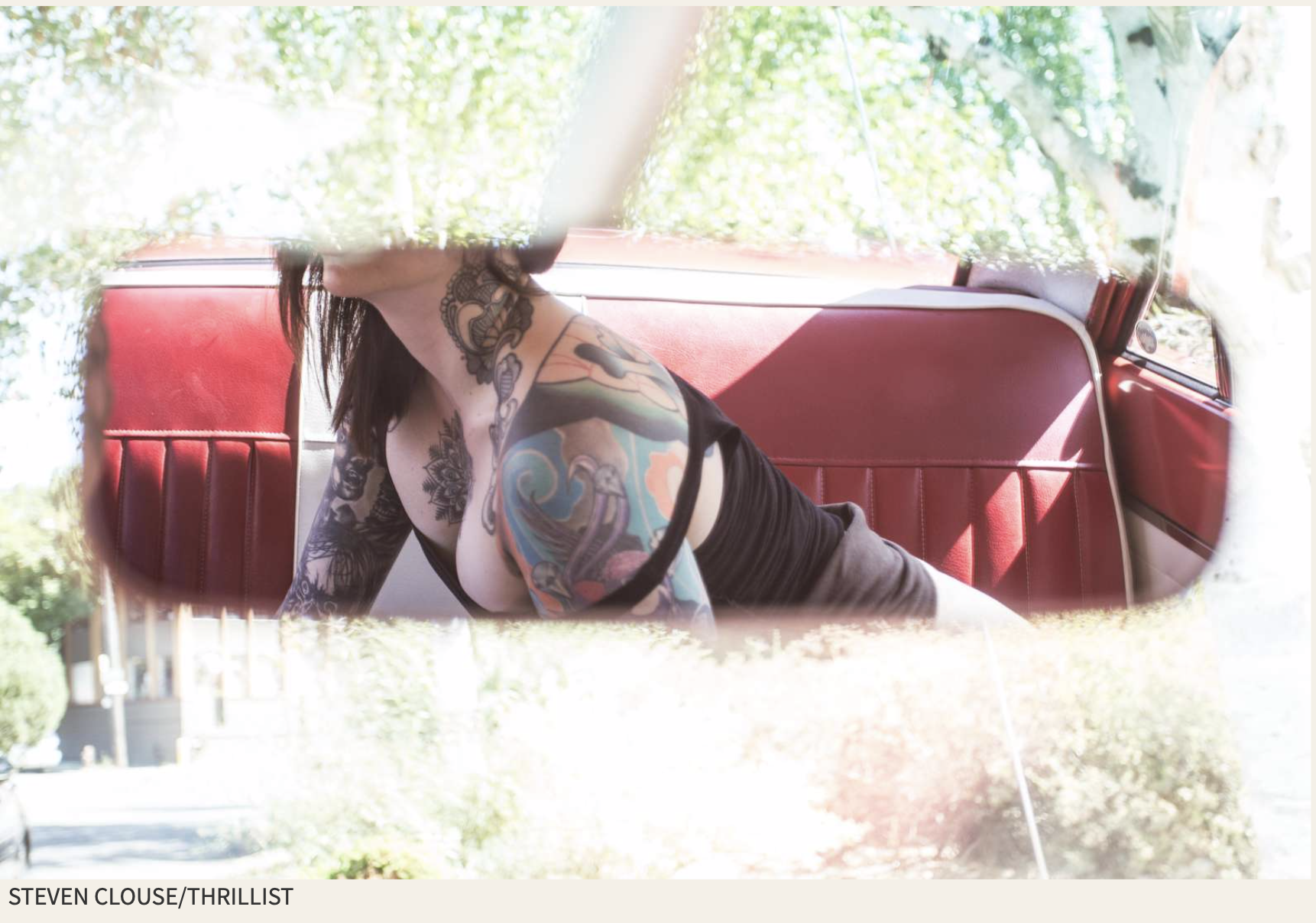