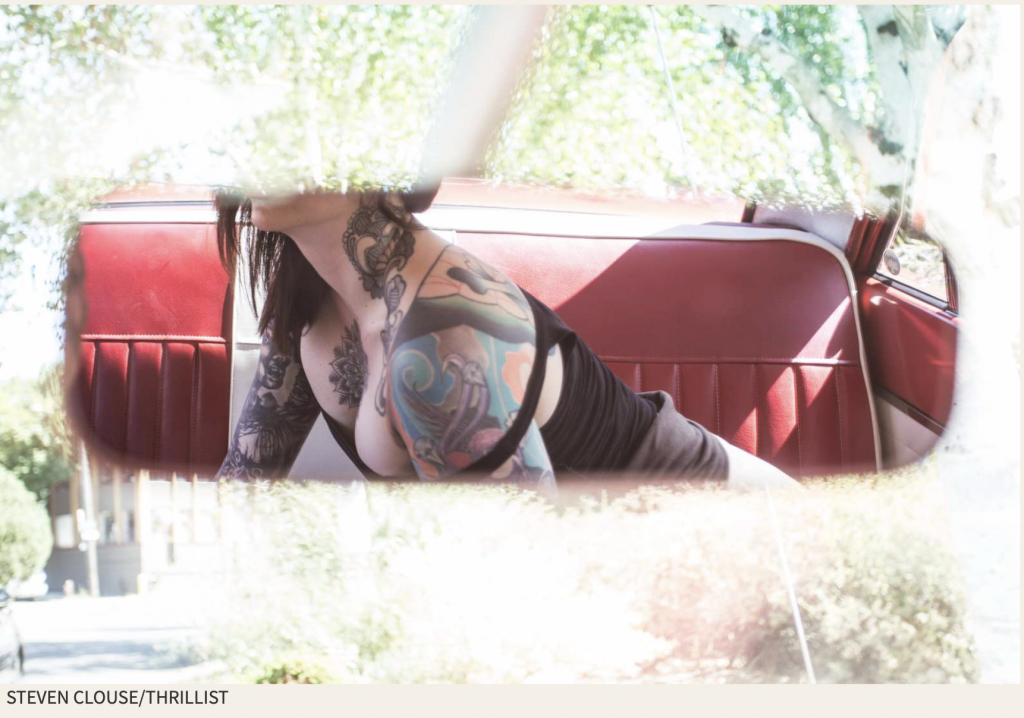 Car Sex Is Underrated. Here’s How to Pull It Off.

The first car I had sex in was a Ford Thunderbird. Since then, I’ve maneuvered my way toward climax in a Jeep Patriot, Chevy S-10, two Subarus (Outback and Forester), and two VWs (Passat and GTI).

American identity is inextricably linked to the automobile, with our car obsession peaking in the 1950s with Sunday drives, drive-ins, drive-thrus, and (our favorite:) lovers’ lanes where couples necked and much, much more on dark, dead-end roads. We continue to spend more and more time in our vehicles — including all varieties of hooking up in cars of every make and model. I’ve been having sex in cars for a decade, and haven’t been caught yet.

Yes, having sex in public spaces can get you slapped with a misdemeanor charge and possible jail time — so we wouldn’t ever actually condone public car sex. But theoretically speaking, here’s how you could maximize your comfort — and minimize the likelihood of getting busted — if you were ever thinking of getting banged in your Camaro.

Turn the car off

People have surely died while giving and receiving road head. #itcanwait surely applies to more than just texting and driving. Park it, please.

Do it at night — or make it dark

For simplicity’s sake, it’s good and dark at night — and significantly more difficult to see into a car. If you’re fully committed to screwing in a tiny mobile space during broad daylight, have your windows tinted to the maximum darkness permitted in your state.

There’s nothing like getting caught up in the moment and accidentally thrusting someone right into the glove compartment, overhead light, or rearview mirror.

THIS IS SO IMPORTANT. If someone pulls on the door handle from the outside, it will illuminate the whole car with the overhead dome light. Not only are you totally exposed, but also very unsafe because you can’t see who is on the other side. Which is how too many horror movies play out.

Also, if one of you inadvertently grips the door handle on the inside of the car, you’ll be bringing all your dirty deeds to light. Do everyone a favor: lock your doors, and check the owner’s manual to learn how to turn off your car’s automatic interior lights.

Know where the horn lives

Is the horn in the middle of the steering wheel? Is it on the sides? Find out; and then DO NOT HIT IT.

Keep your voice(s) down

You know who screams out in the middle of the night? People having orgasms, and people being murdered. If a passerby hears the former and thinks it’s the latter, they just might call the cops. Don’t be a screamer.

Keep your interior in mind

Subaru Outbacks are ideal: fairly spacious in the rear, and capable of handling dirt roads… which is probably why my super-slutty Portlanders drive ‘em. Not just for camping and lesbian farmers!

Auto expert and writer Jason Torchinsky wrote a great piece that breaks down your optimum positions, depending on the type of your vehicle.

Since oral sex is the most performable maneuver while in a vehicle, it makes sense that you’d want to have a handful of tissues in the side pocket. Nobody is obligated to swallow, and I know I don’t want to clean the aftermath out from under my bucket seat.

If any bodily fluids do get on the interior, leather is way easier to wipe — and is partly why I chose that interior for my most recent car purchase.

Think about the children! And the baby birds that might choke to death on your used condom. Don’t toss your trash out the window upon departure. If you’re not conscientious enough to care about the impact on the ecosystem, at least be mindful that when you leave evidence, you’ve just given away your spot.

Unless you or your parents own an Astrovan, let’s hope that everyone involved is either small or flexible.

Expand your space with a sunroof

If you have a sunroof, that can be opened for more headroom — but you’re still likely to be encumbered by a stick shift or gear handle.

If you have a backseat, use it

You about that sedan life? The backseat makes more sense, and at least one of you can lie flat on your back with your legs raised and spread. The on-top thrustee needs decent amount of upper body strength, since they will be in a half-plank position.

For trucks, utilize the recliner, the height, or the bed

If you’re getting busy inside an F-something quad cab, you might as well pull the passenger seat all the way to the back. You know there’s no room in that backseat.

However, if he’s tall and the truck isn’t too lifted, an assisted standing position is totally doable. The person being penetrated can rest most of their weight sideways in a seat, while the penetrator stands outside of the open door. Call it T-boning!

Bed of the truck? Sure, if you’re somewhere remote and you don’t mind bugs biting your ass. AND being on the bottom isn’t comfortable in the corrugated beds… unless you have a few hoodies or blankets to soften the surface beneath you.

Eyes on the road in compact cars

In a small car like my VW, I’ll have my lucky passenger sit in that seat, and I will sit on their lap with them inside of me, both of us facing the same direction. He can assist me in my humping and grinding, and if trouble comes, I can quickly scramble back into my driver’s seat.

There’s something charming and tacky about the opportunism of humping in a hooptie. Humans are ingenious apes. We started doin’ it in our rides the second the Model T was hot off the assembly line — and you can bet, as self-driving cars become the norm, highways will be filled with all kinds of kinky fun happening just behind those tinted windows. What Does Transgender Mean? Your Guide to Understanding Trans Terminology
Next
7 Variations on the Missionary Position That Are Anything but Boring