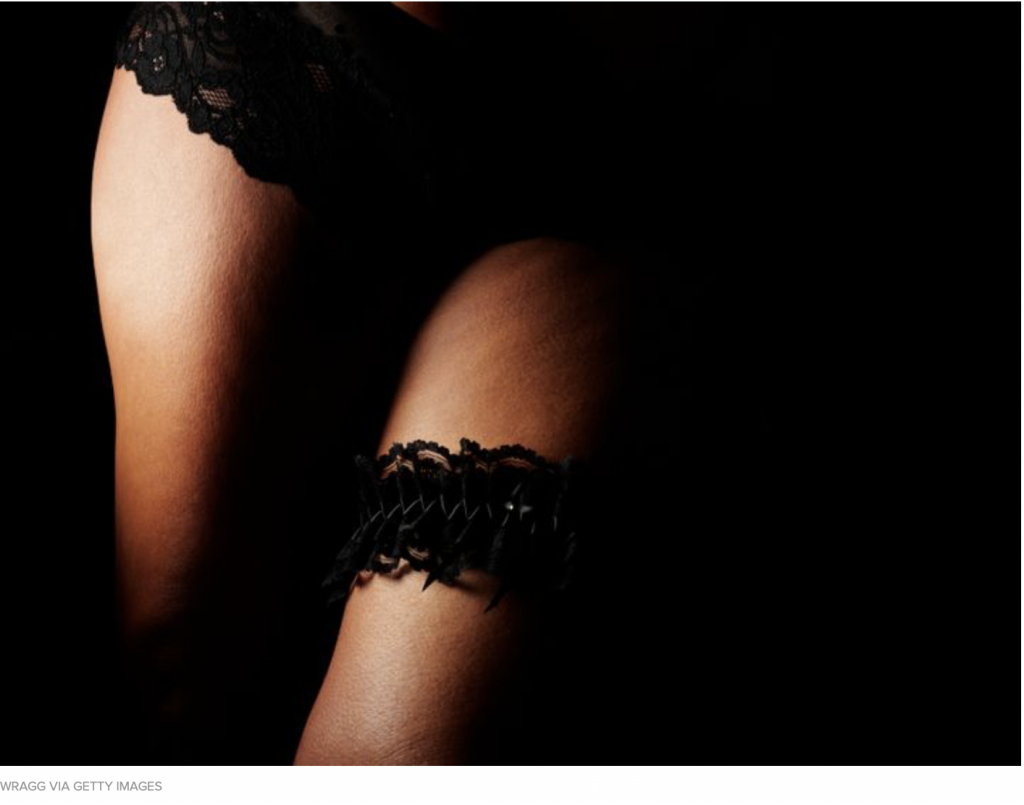 Women get harassed, stalked, even targeted for assault and murder when people question their sexual morality in a public and shaming manner.

For context, the woman, Lauren Kwei, says she did not agree to any of this.

“Let me be very clear: I did not want the NY Post to run this article, much less use my name,” she states on a GoFundMe page she set up after the article came out. “When Dean Balsamini first ‘interviewed’ me, he did not tell me what this was about until after I disclosed most of my background. He did not include in his article that I started crying on the phone when he finally did tell me what he was inquiring about.”

The article authors included an admonishment from Kwei’s former co-worker, and maintained that person’s anonymity. Really.

It is at this point that I ask the reader to pause and ask themselves: Do the authors of this article understand that women get harassed, stalked, even targeted for assault and murder when people question their sexual morality in a public and shaming manner?

As Twitter user Erin Taylor pointed out, outing a sex worker puts them at risk of “job insecurity, housing insecurity, increased surveillance from cops/abusive management/clients, violent stigma from society as a whole, losing friends & family support, and so much more.”

Still, I chose to live with my performer name, install bars on my home windows, expect threatening messages from anti-porn people, and pay for a security system in my home. Many, many people who are trying to make money through sex work do not have these options available to them.

I spoke to other women who had experiences similar to Kwei’s.

“Someone, maybe an ex, told people at my office job about my Manyvids account, I came in and the URL was written on a Post-It at my desk. It felt like a threat, and nowhere else was hiring, so I tried to stay. The harassment escalated and I had to quit,” said Lily, one woman I spoke with. (Lily, and the other women I spoke with, have had their names changed to protect their privacy.)

The Post piece does not have any goal but to generate clicks and ad revenue. There is no call to action about why a frontline safety worker isn’t being paid enough during a pandemic that they would moonlight in such a stigmatized way. There is no inquiry on how to make sex work more safe or accessible.

Kwei’s GoFundMe has received more than 15 times her requested donation as of this writing, which is hopefully a bit of silver lining as she struggles to rebuild her life and relocate after one of the largest tabloid magazines in the world encouraged their entire readership to judge and shame her.

The New York Post loves to reframe a headline to titillate, disgust, shame or shock. Last month, it was their decision to lead with the title Ex-Prostitute Elisa Crespo Vies To Become First Trans Member Of NYC Council, in reference to the Bronx woman who could be the first trans woman of color elected to that borough, and who has spoken openly about her sex work experience in the past.

These headlines are examples of the layers of hostility and discrimination that many marginalized people experience every day.

“I lost custody of my children when my stripping job was brought up by their father,” said Charlotte, another woman I spoke to who was involuntarily outed. “My kids never saw me work, I was always in a venue. I never endangered them, but the judge said my ‘lifestyle’ wasn’t appropriate for their ages. I was a dancer when I met their dad too, he knew what I did for our money. I’m still fighting this.”

Of course sex sells, and while we all have to make money while living in a capitalist world, if the New York Post wants to hustle some funds by publishing spicy stories, just ask sex workers to tell those stories ourselves. We know what it’s like navigating things like hostile friends and family, stolen clips and photos, police, dealing with stalkers and discrimination in housing. We don’t need anybody to endanger more of “us” for a juicy tale.

Lauren is going through something very few people will ever understand, and thankfully she’s amassed a money cushion to help her build a new life, and received some supportive comments from strangers. This is something that the vast majority of outed people will never receive.

Kwei even received support from Rep. Alexandria Ocasio-Cortez (D-N.Y.), who tweeted a reminder to keep the shame and focus on a federal government that is letting down the people who are simply trying to survive a pandemic with little financial support or relief.

On her GoFundMe page, Kwei has the final word, in a passionate plea for support for frontline workers.

“The NY Post gave me a voice. So here I am, showing myself to the world. I’m here to tell you all that my First Responder brothers and sisters are suffering. We need your help,” she wrote in an update on the site.

“We have been exhausted for months, reusing months old PPE, being refused hazard pay, and watching our fellow healthcare workers die in front of our eyes, in our ambulances,” she continued. “At least three NYC EMS workers died by suicide this year and there has been very little action about the lack of mental health care accessibility for first responders. EMS are the lowest paid first responders in NYC which leads to 50+ hour weeks and sometimes three jobs. My brothers and sisters DESERVE CHANGE!”

December 17 was International End Violence Against Sex Workers Day, and reducing harm against people in sexually relevant industries starts by respecting the worker’s consent and privacy; do not incite people to denigrate or harm sex workers. There is no way that survivors of sexual exploitation will ever seek justice and community support if some people insist upon shaming or criminalizing consensual sex work, thusly creating more potential victims. Besides, if somebody works in adult entertainment, it means absolutely nothing about their abilities or skills otherwise.

As Kwei wrote in an article for The Independent, “How I make my money in order to help those in need is nobody’s business but my own, and certainly no patient has asked if I’m on OnlyFans before allowing me to help them.” B.A.D Femme and Nonbinary Nudes Book
Next
Behind-The-Scenes for $1/mo