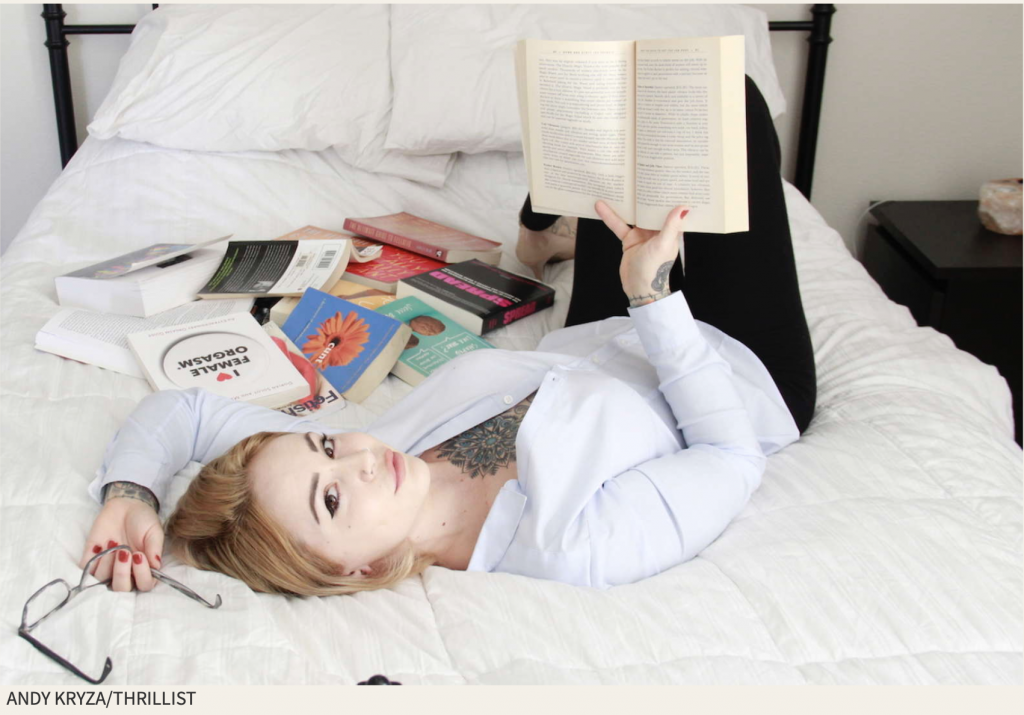 Things Nobody Tells You Before You Start Having Sex

Ah, if only I had a time machine. I’d go back and warn Americans about the impending financial collapse, various environmental disasters, and the Kardashians. I’d also give my younger self some advice that I never learned in high school sex ed. These are the things nobody tells you before you start having sex, from gross body functions to readily believed misconceptions about the after-effects of penetration. Whether you’re just getting started or still in the dark, these should help you see the light. Or at least a little more pleasure.

Bodies are gross… deal with it

Expect the unexpected: Queefing, farting, peeing, or having other “accidents.”The truth of life is that even the most beautiful moments can turn embarrassing or ugly, fast. I was once the recipient of a snot rocket while my boyfriend was having an orgasm. Last weekend I laughed as I noted in the mirror that my lover’s man-juice formed a perfect, rainbow-shaped arc upon my back.

Do you know what it is like to discover somebody has hangnails by detecting them from the inside of your body? It happens. So I invite you to develop a sense of humor and humility, because sex is not for the easily embarrassed. People who can laugh at themselves will roll with an “oops” more easily during a sexual debacle.

Every body is different

Your go-to move on your ex might be “meh” for your next lover. So ask questions. “Do you prefer when I use my fingernails or my knuckles to tease you?” “Is it easier for you to orgasm on your back or…?”There is no shame in the game of repeating old plays that have previously worked, but don’t be shocked when something isn’t a home run. Rather, take enjoyment in the experimentation process. I have a few specific, simple tricks that I like to try –for some men, two-handed stimulation is thrilling, for others, it’s just too much, or they prefer less friction and movement. But, whenever I test the subject, I know that I’m about to discover their preference. And that’s part of the fun.

Your likes will change over time

Pun not intended, but hey, lubricant is for more than just handies! For example, I use my breasts as slippery massagers while I’m kissing my lover’s stomach and chest. The best artists make the biggest mess, in my opinion.Some folks have an aversion to lube, simply due to poor previous experience. Quite simply: baby oil, or oil of any type, or anything marked “lotion,” should never be inserted into a person. Novelty creams that you purchase in the mall are probably not preferential, either.

There is no shame in having a lube game; human bodies don’t typically produce as much wetness as is desired for longer sex sessions. And, like your mother has probably told you before, you need to drink more water. She probably didn’t intend that as sex advice, but hey, thanks mom!

You will very likely get cheated on

With infidelity studies reporting numbers between 10 and 76% of the population having engaged in extramarital sex at least once, it’s surprising to me that people are still surprised about so-called “cheating.”  Even if you’ve been in the same relationship for years, Planned Parenthood recommends that you get tested once a year. Most people carrying an STI do not show symptoms. Suggest to your partner that you both schedule a general checkup annually; early detection of cancer can be your primary motivation too. Here’s to not having any surprises!

I ain’t gonna lie, I will try to suss out the bulge in your britches the second we start kissing, if only to determine what kind of equipment I’ll be working with. But I’m much more interested in the shape of your penis than it’s size. The length of the average vaginal canal is remarkably close in length to the average penis, about 5.5 inches. I’ve internally measured a few dozen male parts in my life, and the most memorable ones were attached to humans who are genuinely enthusiastic and passionate as a whole.

Interestingly enough, men fake orgasms for the same reasons that women do. I was lying in bed once with a 33 year old, when he rolled over and took a deep breath, “I have to admit something. That second time? I didn’t actually come.” He explained that he had deposited the empty condom in the trash after putting on a good act of grunting and gasping to a crescendo. Why? “I wanted you to think I was a stud.”

Fascinated, I began to ask some of my male buddies, being careful to word the question as an inquiry, and not as an accusation. “If you have ever faked an orgasm, what were your reasons?” The most common answers were: “I wasn’t going to get there and I just wanted to be done,” “I didn’t want to hurt my partner’s feelings,” and “I was tired.”

Nowadays, I make it a point to tell my lovers, “If you ever feel like you just can’t come, let me know and we can just finish me off instead.” And what do you know, everyone is happy!

There is no correlation between liking butt-stuff and sexual orientation. Buttholes have nerve endings! You know that euphoric sensation of passing a big poop? Imagine how great your butt can feel when something is going in. Why limit yourself?

Healthy sex will not alter your genitalia

Trauma or injury can stretch or tear muscles and skin, but regular sex doesn’t change the shape of your vagina, nor does it wear down your penis like an eraser. Bodies are meant to move, stretch, and expand, as long as you treat them well. And if you’re really worried about losing elasticity, do what I do, which is Kegels in the car. People of all genders can isolate, flex, and hold their pubococcygeus muscle. See how many sets you can squeeze out during rush hour.

Remove the word “weird” from your vocabulary

People have preferences, and none of them are “weird”.  If you don’t like it, don’t do it. Simple as that. And if you want to shame people for their harmless preferences, you probably have terrible sex anyway. And boring sex to boot. 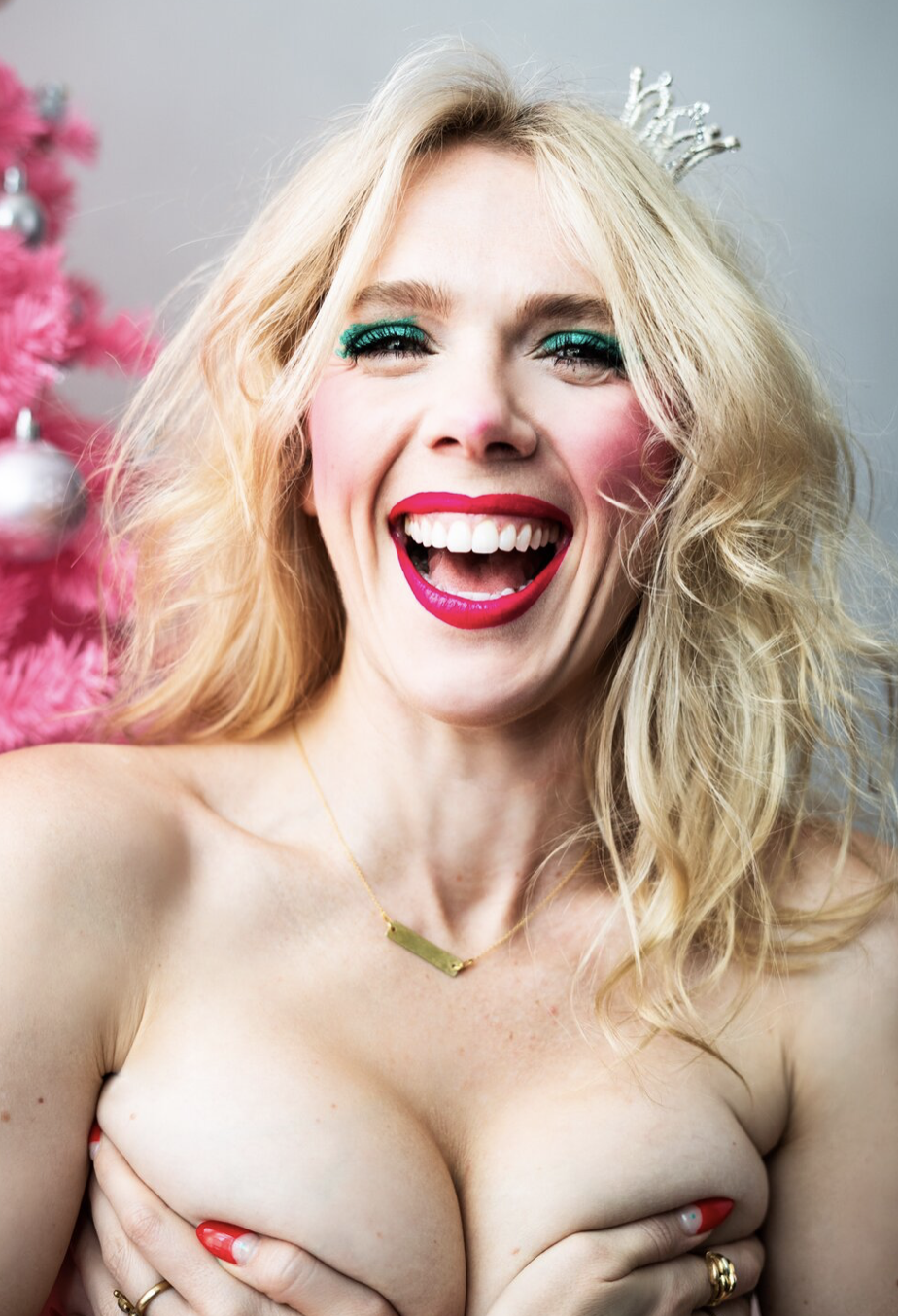