The Sex Education You Didn’t Get in School

If you grew up as an American teenager, you may have been lucky enough to receive objective and informative education regarding sexual health and your changing body.

Sex ed for most of us was comprised of a few color-the-genitalia-by-numbers pages, an awkwardly narrated slideshow, and a few low-budget films from the ’80s that somehow managed to make sex seem boring.

And even though it’s been since the (first) Clinton era that many of us sat in front of our apathetic public school educators (Hi Mr. Lopez!), I look back and realize how much knowledge I’ve gleaned by doing my own research… and having a lot of sex.

If you live in the southern regions of the US, you probably live in a perpetual state of swamp-ass: sweaty balls, taint, vulva, or butt. But no matter where you live, sweat happens — and showers can be difficult to snag at a moment’s notice. A kind lover is a thoughtful lover! PLEASE use a hygiene wipe if you think you might be getting some oral action. Keep them in your home, car, and purse (where applicable). There’s nothing worse than smelling feces when you’re inches from the source.

You are what you eat

Threesomes are seen as a testament to your ability to supersex more than one person at a time. But besides requiring great multi-tasking and sharing skills, tri-partner play can be hard to navigate because this romping can require more responsibility and communication between all parties involved. More people mean a greater likelihood of pleasure, but also an increased opportunity for hurt feelings — and for the spread of STIs.

You’re supposed to use condoms for blow jobs

… but nobody does that, simply because dick-balloons taste awful. Those who do often opt for flavored condoms (vanilla is most popular). Professional sex workers do tend to use condoms for oral; just one more reason you’re less likely to transmit an STI or STD to and from a sex worker than a civilian.

Homophobia is indicative of same-sex desire

Studies support what most of us already know: men and women who voice the strongest opinions against same-sex sex are also most conflicted about their own arousal. A 1996 study in the Journal of Abnormal Psychology, used male, self-identified “straight” participants who admitted negative feelings toward gay males. When exposed to sexually explicit stimuli, the men’s penises indicated arousal. And a piece in the New York Times found a half-dozen similar studies that drew the same conclusion. In Jesse Bering, Ph.D.’s book Perv, he recounts trying to blend in with his peers: “I stuck my head out the car window and screamed, “Faggot!” at my older brother…as we all know perfectly well, a person who shouts homophobic slurs can’t possibly be gay.”

So to all of those comment trolls, congrats on your coming-out.

We learned in the Guide to Getting It On in 2009 not to use petroleum-based products (baby or mineral oil, lotions or Vaseline) with latex condoms because THEY WILL DISSOLVE THE LATEX! As of this writing, polyurethane condoms are safe with oil-based lubes.

It hurts! Also, you can contract chlamydia, gonorrhea, hep B, herpes, syphilis, HIV, and HIV. So…. don’t.

Novelty items are for gags

If you bought it at the mall, it’s probably not meant for sex. “Motion Lotion,” “Spanish Fly,” and anything listed as an “edible cream,” is not meant to go inside of a vagina. Sugar or synthetic sweeteners can lead to yeast infections and other complications. Be an intrepid consumer: double-check these products before you buy them! New brands for lubricant come and go quite often, but I stand by JO brand, ID, and Pjur, water-based and silicone.

Well, kind of. If you are prescribed a Rifampicin-type antibiotic, it will make your oral contraceptive less effective. Check with your doctor if you have any concerns about compatibility of medications.

Sex is not baseball

Unless you’re playing the world’s most boring sport, steps do not need to occur in order by following first, second, and third base. Mix it up! Run a zigzag around that field.

You heard me. Lots of same-sex couples never utilize penetration at all, and have plenty of orgasms. If there’s one question that lesbians are probably sick of hearing, it’s “How do you have sex?” Just so you know, tribation feels amazing.

Doing so teaches your partner that you like something, when it actually doesn’t feel good at all.

“Sexually active” is not a constant state

Nor does it have to be! I started having sex in high school, because I thought I had to keep up with my peers. And then I stopped for a bit. And I was fine! If you’re single, stressed, or celibate, you don’t have to be boning in order to blend. There are plenty of people who are quite happy without sex in their lives at all. I promise your pieces won’t dry up and fall off if you cease using them. 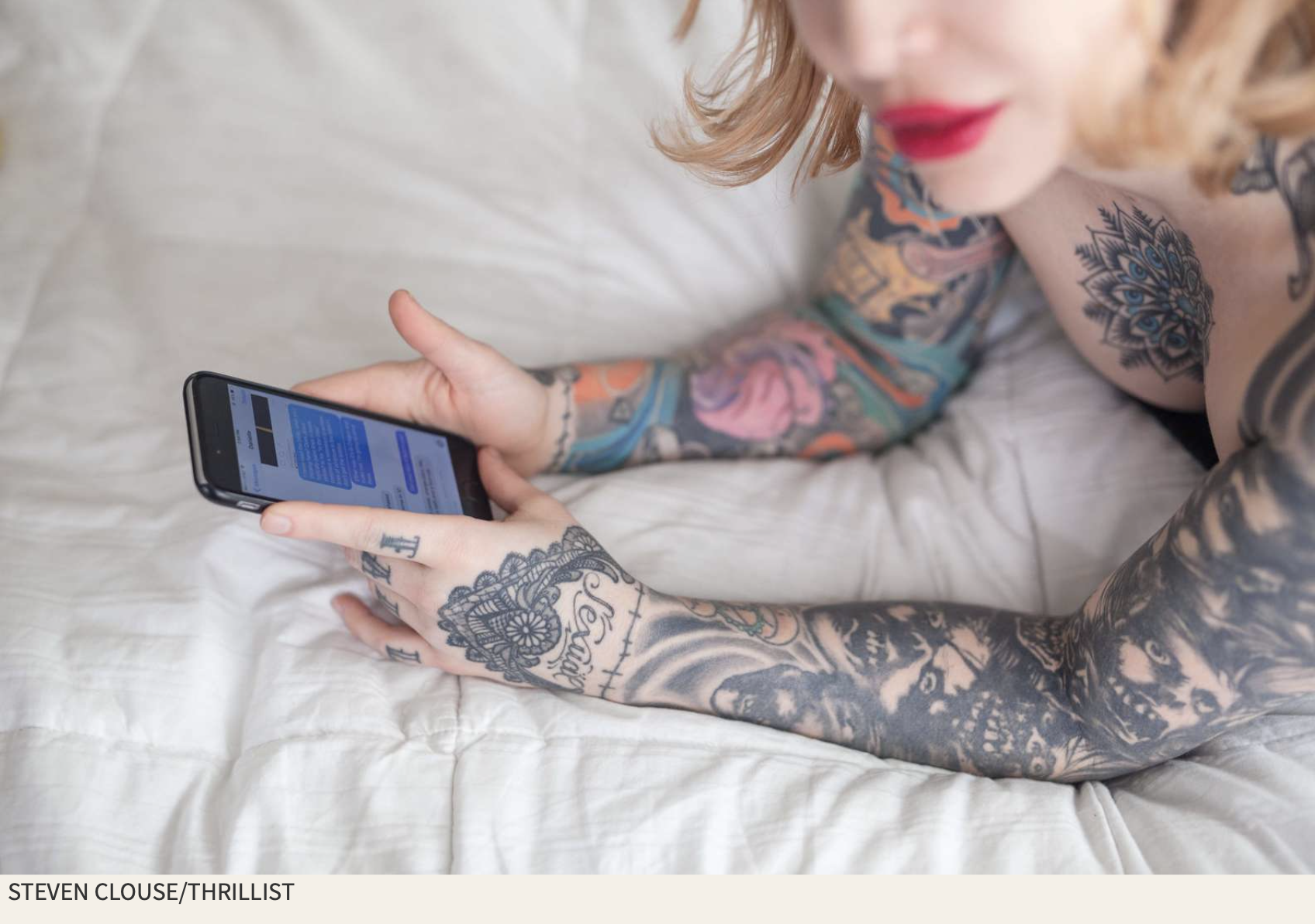 Sexual Mishaps That Could Only Happen in the 21st Century
Next
I’m a Sex Worker, and This is What I’ll tell my Child.