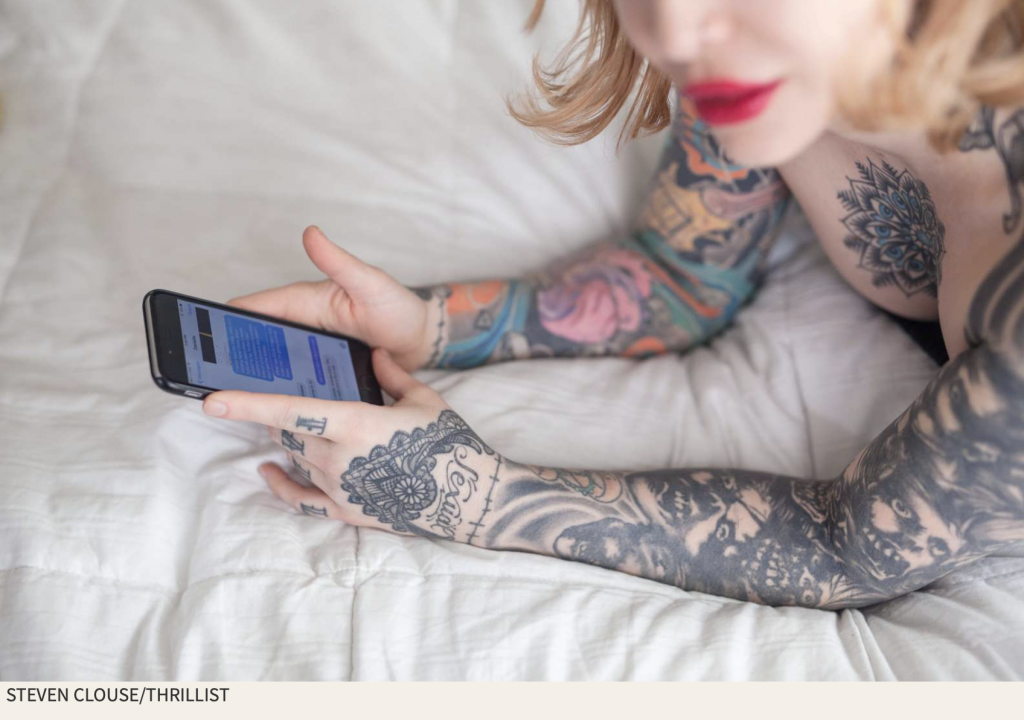 Sexual Mishaps That Could Only Happen in the 21st Century

Each generation experiences its own dating etiquette, social norms, and sexual deviances. But it stands to reason that millennials are the first to stumble through mishaps like lip rings caught in urethras, or catching your husband’s affair on social media.

Millennial dating means that us 20- and 30-somethings have a slew of brave new ways to embarrass ourselves, get hurt, or hurt other people. Other generations didn’t have to obsess over the fact that a text was “read” hours ago without response, or deal with Timehop photos appearing on your Facebook feed with last year’s couple photos of you and your ex. We’re also the first to experience online dating, where we’ve become keenly aware of just how many douchebags are out there (thanks, Tinder!)

But that’s just the beginning! Here are more sexual mishaps that could have only happened in the 21st century.

Worth a thousand words

I’m a photographer with about 100k Instagram followers, and I once watched what seemed like a couple, breaking up via my comments section, on Instagram. — Corwin, 28, Pennsylvania

I discovered my now ex-wife was having an affair because she left her Facebook message open on our computer. That was an interesting afternoon. — Gibbons, 36, New Jersey

I’m a model, and about four times a year I get screenshots from my friends who see that strangers are using my professional shots as their Tinder pics. It’s a weird thing, to be bait for a catfisher. — Lauren, 26, California

Date smarter… and at different bars

I had dates lined up two nights in a row off OkCupid. For the first one we went to a bar where we hit it off, ended up making out in the bar a bunch, then got out in a hurry to go back to my place. My date the next night turned out to have been our waitress the night before. She was not happy about being out with a guy she’d just seen all over another girl the night before. — Peter, 35, Oregon

My partner and I decided to make a sex film. So, I was laying on my back as he straddled my face, I was giving him a fierce BJ. He pulled it all the way out of my mouth and thrusted full force. I let out a yelp and covered my mouth. My labret had gotten caught in his pee hole, and had ripped my lip, and I was bleeding. Upon further inspection, there was blood everywhere, all over my chest and dripping down his penis. My jewelry ripped his pee hole a little bit, but also bruised it where it finally uncaught and dragged on the underside of the head. We finished with a hand job. — A., 24, Oregon

One really great way of screening potential dates is putting them in the “no” pile if they abbreviate everything, or use all of the current slang, all of the time. That cray/bae stuff is dumb AF. — Micah, 31, New York

One weekend, I needed to use my boyfriend’s computer, because mine was acting up. I was going to do some online shopping for lingerie, and when I went to type the URL, I saw that he had already visited a ton of pages, and seemingly purchased G-strings. My heart began to sink as I became increasingly more confused and hurt. “How could he lie to me?” I thought. “Whose could these be?” I wondered. In the midst of my tears and anger I sent my boyfriend one text after another, including a picture message of the incriminating evidence. I finally got a message back that read “I love you so much, I would never do anything to hurt you like that. We will talk when I get home, I’m really sorry.” I was livid. When he returned home I demanded answers. He took my hand, sat on the sofa with me, and said, “They’re mine” with an air of embarrassment, “I wear them when I’m… alone. I’m sorry you found out like this.” I felt terrible. I spent the next hour reassuring my boyfriend that no, I did not think that he was disgusting or weird. I took the opportunity to discuss my own sexuality and that I found his own alluring to my interests, by asking him to put them on for me. And he still does, five years later. — Olivia S., 24, Mexico

The first time that my husband and I had sex, we filmed it on his laptop. Years later we recalled that charming first date, and decided to revisit it. I opened a file titled “Us,” and it opened a video of him and his ex. At first I was pretty upset, but hey, I can’t blame the guy for having a sexy idea, even if I wasn’t the first person he did it with. — Monica, 26 Arizona

I thought Instagram was just a way to make your pics looks cool so I downloaded it and started taking some nude pics for a certain someone… and I start getting likes and comments on them and realized I posted all of these pictures on my account. I did not know it was a social media site. It took me almost a week to realize this. I still do not have an Instagram. That was five years ago. — Spencer, 30, Oregon Expert Advice on Sex Drives, Online Flirting, and Bedroom Compatibility
Next
The Sex Education You Didn’t Get in School 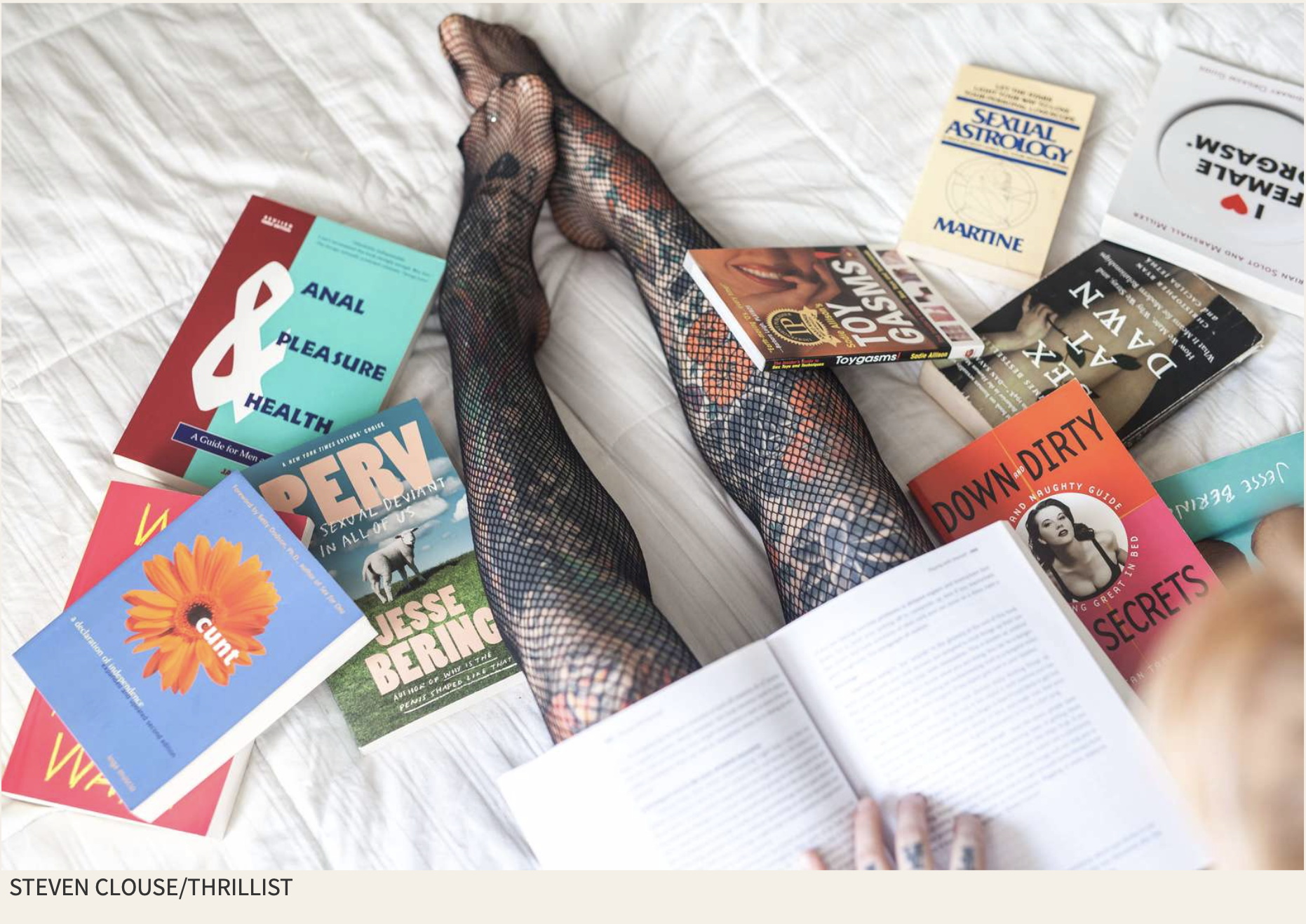