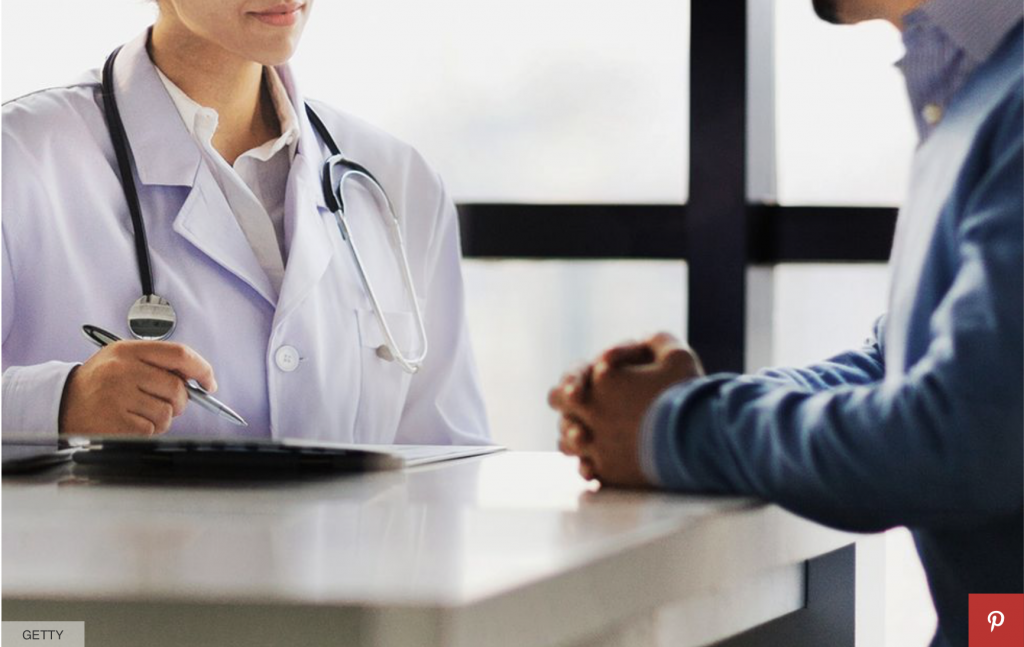 So You Have an STI. What Should You Do Next?

Approximately 20 million Americans acquire a new STI every year. If you’re one of them, here are 8 things you need to know

It’s often hard for people to know how to talk about sexually transmitted infections(STIs). The topic can prompt a lot of awkward or potentially stressful conversations. But if you’re a grown man who has sex with other adults, you need to be equipped with the proper tools to navigate your sexual health safely and mindfully. Because the truth is, STIs are way more common than you think.

According to the New York Department of Health, nearly 1 in 4 Americans has had an STI at one point or another; furthermore, the Centers for Disease Control (CDC) estimates that 79 million Americans have at least one of the 100+ existing strainsof HPV. Yet despite the prevalence of STIs, they are still heavily stigmatized. People are reluctant to openly talk about them or even get tested, even though the CDC recommends that if you have any unprotected sex, you should be tested for HIV at least once a year.

If you do get tested and you test positive for an STI, it’s important to know that with treatment, people can and do live full, healthy lives. Here are 7 other things you need to know, from whether or not you can still have sex to how you should tell your partner.

Know that you’re absolutely not alone.

As mentioned above, STIs are way more common than you might think; in fact, in the United States, nearly 20 million new STI cases occur every year. It’s also important to know that having an STI is no different than having any other type of non-sexually transmitted illness.

“You come in contact with various viruses and bacterias when you touch a doorknob, fly on an airplane, and shake a hand,” says sex therapist Dr. Chris Donaghue, PhD, LCSW, CST, ACS. “Let go of the idea that sexual transmission is any different.”

“Shaming yourself or others for testing positive for an STI is part of a larger culture of shaming people for having and enjoying sexual pleasure,” adds sex therapist Yana Tallon-Hicks, MA. “We wouldn’t call someone disgusting or untouchable or unlovable because they got the flu, strep, or cancer.”

Your first instinct might be to fly off the handle and call up the last person you slept with to angrily demand an explanation. But in lots of cases, you probably don’t know for sure how you contracted an STI — and you might not ever. According to a Preventive Medicine study, between half and 90% of people who test positive for gonorrhea and chlamydia do not show any symptoms beforehand,which makes it really difficult to pinpoint how and when you acquired it.

If you do suspect that one of your former partners transmitted an STI to you, be calm and rational when you speak with them, and suggest that they get tested, too. Don’t make any wild accusations or start throwing blame around. You wouldn’t do that if you suspected someone of giving you a cold. (And note that it’s also possible for some STIs to be transmitted without having sex.)

“Don’t give into this societal pressure to conform to sex-negativity,” urges Tallon-Hicks. “Treat STI disclosure and management like you would any other illness or condition.”

If you have a partner, schedule a time to talk to them about it.

While it might be quicker and less awkward to send a text or DM, keep in mind that this is a conversation you should probably have in person. (Plus, anything in writing can be shared without your permission, so don’t put anything in writing that you wouldn’t want screengrabbed.) Meeting in person allows your partner to ask questions, and for you to answer them.

“I had an ex who asked to meet at a coffee shop, and she told me that she had been exposed to an STD,” says Ryan*, 37 (last names have been withheld to protect sources’ privacy). “She had expected a big outburst from me, but was grateful that I didn’t react negatively. I appreciated her taking the time to sit down with me, because I know that was difficult.”

Be prepared to answer questions.

“Do your research and be clear and matter-of-fact about what your particular STI means in terms of symptoms and possible health risks to your partner,” says Tallon-Hicks. “Be sure to clarify if your STI is curable; gonorrhea, chlamydia, crabs, for example, or incurable, like HIV or herpes.” (Note that there’s a difference between “curable” and “manageable” — HIV and herpes can’t be cured, but they can be effectively managed with treatment.) “Having this knowledge allows the other person to make informed decisions about how they want to manage their risk of transmission.”

Know that you can still have an active sex life with a positive diagnosis.

A lot of people assume that because they have an STI, no one will ever want to have sex with them again. But it’s 100% possible to have a full and healthy sex life when you’re living with an STI, provided that sex is safe and your partner is informed of the risks.

Mary*, 35, says, “I really liked a man, and before our first date he mentioned that he doesn’t drink alcohol because he lives with Hepatitis C. I paused, and then asked if he could send me information about HepC, which he did. Once I understood our potential risks, we ended up dating for a year, and had a great and honest sex life. I knew the risks, and because of that we knew to avoid play if he had an open wound like a cut on his finger. [Hepatitis C is transmitted via contact with an infected person’s blood.] I learned a lot from this experience, and never contracted Hepatitis C, or anything else, from our sex.”

Be prepared for the possibility of rejection.

This one is tough, but you still have to be ready for it. “Potential rejection is a risk for everyone in the context of sex and dating, regardless of their current STI status, and it can be painful,” says Tallon-Hicks. “However, rejection is also protection when it comes to making sure that the folks you have sex with are truly enthusiastic about having sex with you for who you are, and not who you’re pretending to be.”

Dr. Chris Donaghue adds, “The answer when someone tells you they have tested positive is ‘thank you.’ ‘Thank you’ for being relationally caring and mature enough to let me know what I have already been exposed to and need to get tested for, or what I may become exposed to if I now have sex with you.”

Educate yourself and your future partners.

Research indicates that young people are less likely to engage in risky sexual behavior when they are better educated about their own sexual health, and this is also true for adults. Educate yourself and your partners about your STI so when you have sex, you’ll be able to navigate the risks. The Sexual Information and Education Council of the United States (SIECUS) is a great resource for all things sex ed-related, as is the American Sexual Health Association (ASHA). And please, for the love of God, don’t rely on Google.