In the aftermath of FOSTA and SESTA, sex workers are losing their networks and their agency

Consensual sex is under attack again. Liberals and conservatives and moderates alike are applauding recent legislation that is killing sex workers and is diverting resources from victims of sex trafficking. The misleadingly titled, “Fight Online Sex Trafficking Act” and the “Stop Enabling Sex Trafficking Act” were signed by President Trump earlier this spring. The Department of Justice called the bills “unconstitutional.” Tech geeks and law experts bemoaned the loss of a free internet. Advocacy groups and adult-industry workers begged legislators to reconsider. Clinicians and sex educators explained how these bills would limit their research and outreach, and lead to higher rates of STIs and injury against all.

The bills known as FOSTA and SESTA are the reason why so many online publishers are deleting, banning, blocking, and shadow-banning individuals and sexually relevant material. Sex workers like myself have been heavily impacted by these bills that were purportedly designed with our rescue in mind. With the passage of these bills came the death of a longstanding internet protection—Section 230 of the Communication Decency Act of 1996.

In theory, Facebook, Instagram, Google, Microsoft or any other platform can now be sued if a pimp uses their site or services to facilitate sexual labor of another person. The problem? There often is not a method of easily determining whether a sexual interaction is consensual or coerced, and the last few months have been a hot potato game of how-will-I-get-banned-from-the-internet-while-trying-to-feed-myself, because it’s tough to make ends meet if you can’t advertise your services.

After the bills were signed in April, many adult-industry workers braced for the uncertain. Instagram began removing accounts of individuals working in adult entertainment. “I logged in to my account and found it suspended, with a message from IG admin asking me to present my “business license.” No licensing system exists here in my state, and when[sic] I responded as such, but my account was deleted,” says Sara.*

In 2015, I started the hashtag #yesastripper in response to the common and covert vitriol that is perpetuated by its counterpart, #notastripper. The latter tag was created by pole dance hobbyists who wished to distinguish themselves from the adult-industry dancers whose art they co-opted but refused to support. I was pleased but not surprised when I watched the hashtag #yesastripper grow to 45,000 tags used by workers in my industry on Instagram alone. This was before FOSTA. After the signing of FOSTA/SESTA, proud and happy hoes like myself were scrambling to untag our places of work, remove hashtags, and un-link our bios from adult-related content. This was no time to relax in progressive sexual attitudes, we had to hide or risk losing the platforms that some of us had worked hard to build.

I’ve noticed a dramatic decrease in my earnings, mainly because I’m unable to advertise in the same ways. We work hard, pay our taxes, and we just want to survive.

For nine years, I used a website formerly known as Xoticspot.com. “Strippers are people too!” their stickers famously read. Xoticspot served as a tool to advertise your availability to tourists and in-towners, so that they could search and peruse clubs before visiting. I updated my club schedule every week, posted links to my sex-ed podcast or writing, and wrote emails to clients. In early May, Xoticspot announced that it would be closing to avoid FOSTA/SESTA -related repercussions. I agree that it is not unlikely that full-service sex workers and even pimps used Xoticspot, just like full-service sex workers and pimps also use Facebook, Instagram, and the United States Postal Service, but luckily we aren’t reading people’s mail (yet).

Then things got even weirder—for approximately 48 hours, IG was banning the Top Posts under many variations of the word “stripper”, including “yesastripper” and “femalestripper”, and briefly even the Top Posts for the word “woman” were banned. Users called this out as obvious gender discrimination, leading IG to lift the ban. It’s been a bumpy ride with no clear ending in sight.

Stripping is a legal job that exists under the umbrella of sexual labor that people do by choice. In a world that so often demonizes strippers or labels us as victims, social media accounts give us an ability to humanize ourselves and our work. We build community, we support each other with advice, tips and humor. And we protect ourselves and others: Last month, the photo and info of one local sex offender was circulated amongst adult-industry workers and our allies via Facebook and Instagram. Within two days, about 700 people were the wiser for it. This would not have been possible had we all been prohibited from existing on social media. Admittedly, communication and public safety and worker safety would be more effective if consensual work was decriminalized in the United States. Until then, whores like me will “infiltrate” your conventional methods such as social media.

Since the signing of FOSTA/SESTA, tens of thousands of tweets, letters, emails and petitions to legislators and the White House have been ignored. The media hardly reported on the nationwide marches that took place on June 2nd for International Whores Day—sex workers and their allies took to the streets “for our lives,” begging legislators to “stop killing us with bad legislation.” Searching online will render hundreds of personal testimony to #STOPFOSTA, #REPEALSESTA, and the fact that these go unheeded by so-called advocacy experts lends curiosity as to whom these bills are intended to represent.

There is no hang-up about money exchanged consensually, until you start talking about sex. Let’s stop pretending that sex isn’t a normal activity that people enjoy.

“Since FOSTA/SESTA passed, I’ve noticed a dramatic decrease in my earnings, mainly because I’m unable to advertise in the same ways. We work hard, pay our taxes, and we just want to survive. I just want people to know where they can see my cool pole tricks. I am in constant worry that my account will be deleted for just tagging my club or even being a body-positive, confident woman,” says feature dancer Toxic Suicide.

After the bills passed, things changed overnight for many of “us,” but most of the world moved on, unaware. “Now that escorts lost their contacts and their records and their forums, I’ve seen twice as many walking the street or coming in off the street, and the pimps are just thrilled. Now that these ladies can’t make money, the pimps are reaching out, offering to “help” find clients,” says Ray,* a three-year employee at a Washington state adult arcade.

Jen is a 41-year-old private investigator who has also worked as a stripper for the last 22 years. “As an investigator, laws like this make it more difficult for me to find information, to research my cases. Forums are shutting down or wiping their info because they don’t want it marked as obscenity. There is a great loss of information when you cast such a wide net of censorship. But if there’s one thing that conservatives and liberals seem to agree on, it’s that sex workers are victims who can’t advocate for themselves.”

One of the biggest proponents of FOSTA and SESTA was the anti-pornography group Morality in Media, or as you know it today, the National Center on Sexual Exploitation. The organization changed its name in 2015, in an effort to hide its disdain for consensual sex work. NCSE formed in 1962 when members began putting Bibles on doorsteps, and the mission statement today states that the group aims to stamp out sex work entirely. Upon visiting their website you’ll discover that they see “sexting” as synonymous with “child abuse.”

FOSTA and SESTA has not aided in the prosecution of any pimps, but it has led to the deaths and disappearances of at least a dozen full-service workers, and made it harder for us to pay our bills and feed ourselves.

I tweeted Sen. Elizabeth Warren recently in response to her new proposed bill, S952, which claims to close banking for sex traffickers. Stop, Liz: The traffickers won’t be affected, but the workers will. This new bill puts individuals at risk for losing their banking accounts if financial institutions refuse to host our accounts. This is a surefire way to increase homelessness and conflict and suffering.

Besides, why do we want to stamp out the beauty and benefits of touch-healing and sexual pleasure? I’m grateful to my clients and our healthy and functional client-provider relationships because, contrary to what most pop culture wants you to believe, the majority of patrons of sex work aren’t monsters or rapists. They just want a neck rub, a pretty face to talk to, a pleasant sexual release, or companionship. Americans pay providers for things all the time. Did anybody cook your food today? Groom your hair or beard or toenails? Manage your finances or educate your children, or perform surgery on our bodies? There is no hang-up about money exchanged consensually, until you start talking about sex. Let’s stop pretending that sex isn’t a normal activity that people enjoy, that some people are happy to provide.

If venues for consensual activity are allowed to exist, they are more likely to be maintained safely. In places where condoms are considered evidence of a crime, workers and clients are less likely to use them, and STIs go up. It is no surprise that the accidental decriminalization of prostitution in Rhode Island between 1980 and 2009 led to a decrease in rape and STIs. The country of Senegal now boasts a lower HIV rate than Washington D.C., and much of this has been attributed to its progressive policies around sex work and disease prevention.

As of this writing, FOSTA and SESTA has not aided in the prosecution of any pimps, but it has led to the deaths and disappearances of at least a dozen full-service workers, and made it harder for us to pay our bills and feed ourselves.

Start listening to sex workers, even if you don’t support our work, but if you want to find out who the real victims are. There is no way of knowing whether or not the beautiful woman in the video, photo or magazine is choosing to be there if you silence her completely. 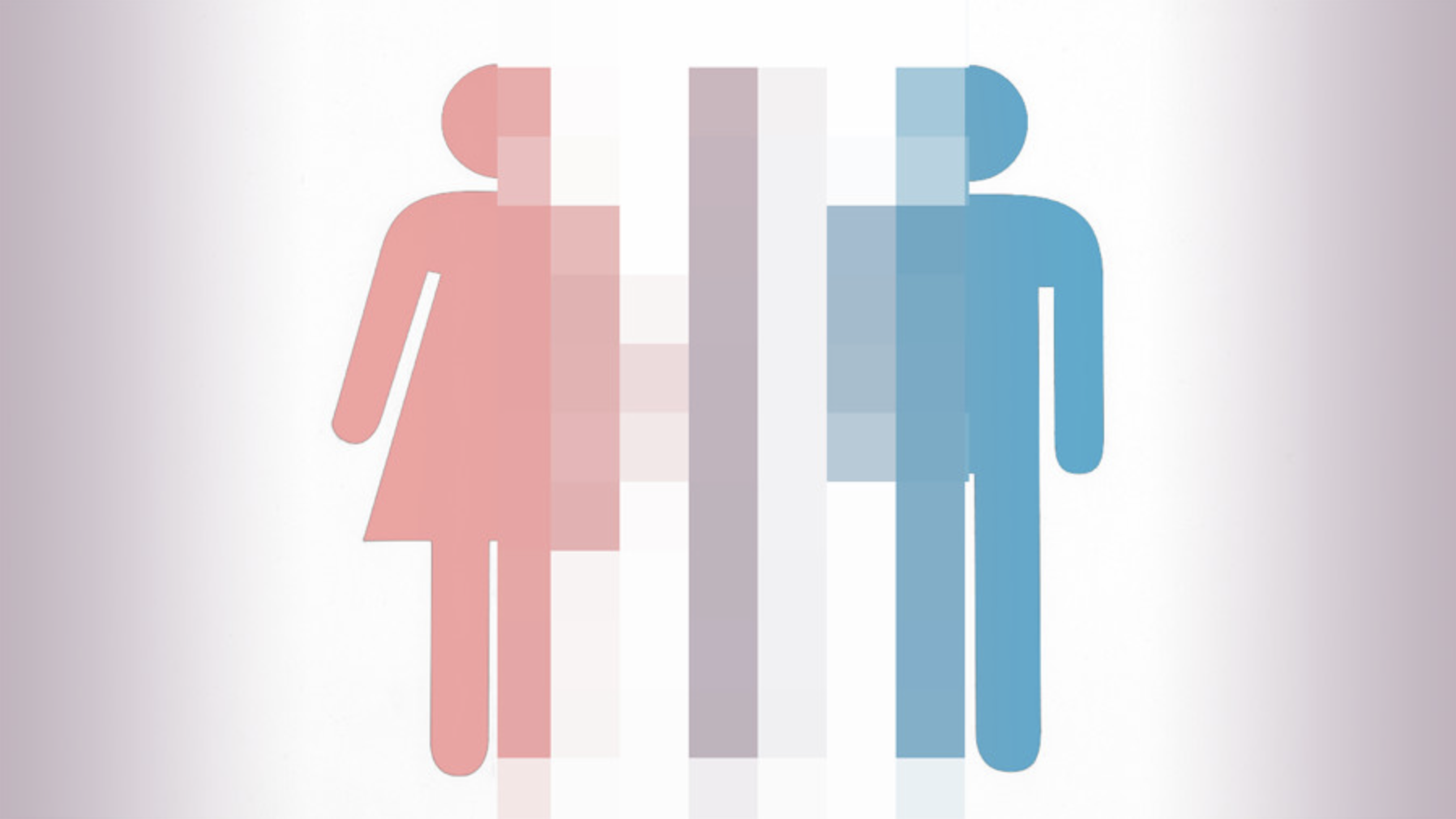