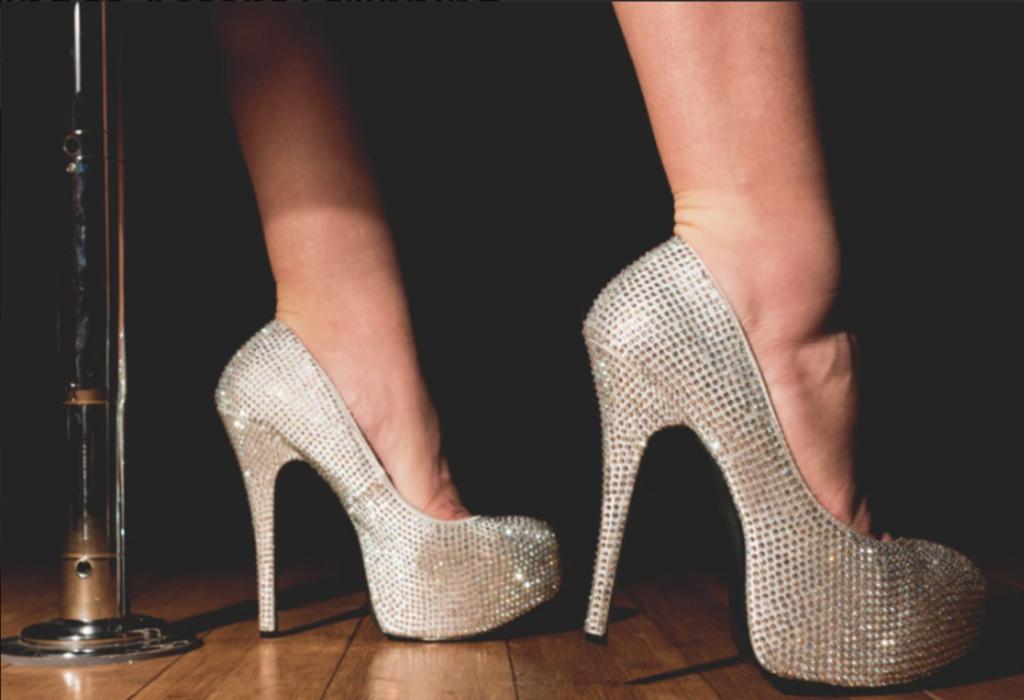 On Partners Who Dislike Sex Work

As a longtime public stripper, I often receive contact from other women in the adult industries who are navigating dating and sex work and experiencing jealousy from their partners. What follows is two examples of folks who recently wrote to me and feeling unsupported and invalidated by their boyfriends.

Question 1) My boyfriend went to his first strip club the other night with friends while I was at work in my club; he asked me if people grope me too just like the other girls. He said he knows it’s a job but the physical contact makes him uncomfortable and it’s hard for him to not get jealous when imagining me giving dances.

Question 2) My boyfriend says I’m not a sex worker because I’m “only” a stripper, also known as a dancer. This is frustrating to me as I know that my work is sexually relevant and stigmatized, how do I explain this to him so he hears me?

America presents consecutive monogamy as the only model for sexual and intimate adult relationships: this means being in one relationship at one time.  As a straight-passing queer and poly person I’ve witnessed many heterosexual and monogamous relationships that frown upon sharing intimacy and sexual interactions with anyone other than your One partner, which is one reason why clients and providers sometimes feel guilt or shame about their desires or labor, while interacting.

Most creatures don’t prefer strict monogamy, not people, and not animals: zoologists know that it’s common for MOST creatures to seek out sex or fun with those that they aren’t nesting or breeding with. Pleasure is pleasure, and many of us like diversity. I would not expect myself to desire one person only for the rest of my life, and nature doesn’t expect this either, which is probably why only about 5% of the animal kingdom is monogamous. Human animals have created fantasy with erotica and pornography and entertainment. I wouldn’t expect my clients to ditch their nest at home to fall in love with me: I’m here to offer a service that supports their “real lives” while they pay me for that labor,  so I can support my ‘real life’ in my own nest.

As a stripper who navigates erections, unwanted bodily fluid like sweat, saliva, and sometimes semen, (please dont ejaculate in your pants during a lapdance) and while creating sexual fantasy through dance or conversation, stripping is very much a type of sex work. Some venues don’t allow any contact, but you’re still in your underwear or nude and interacting with clients, peers and management who come with their own baggage and shame. These folks might also verbally abuse or belittle you because of their shame.

Stripping is less contact than full-service (which I also do, respect to the whores plz) but it’s still stigmatized by society. “Whorephobia” is defined as the derision or disgust toward sex workers or their activiites, but whorpehobia impacts all women by creating ever-changing guidelines for what is acceptable behavior in this life.. Does your boyfriend know that your source of income is why some healthcare providers, banking, legislation, and SWERFS will discriminate against you and make your life harder? You’re a sex worker.

Sometimes partners will argue “youre not a sex worker” as an attempt to distance themselves and you from sex work acceptance. It is rare to talk with an American adult who does not have some shame or confusion about sexuality, their own and others. And if tv, peers, parents, movies, or music have primarily stated that sworkers are jokes worth victimizing or abusing, it can be hard to reframe that mentality without any tools or guidance. So here I am to try!

Our culture pays for everything: house cleaners, trash-collectors, childcare providers, funeral directors, teeth-cleaners aka dentists, why not visual pleasure or entertaining touch? Puritan culture has always shamed or punished or killed women who were deemed more sexual than the church’s mandates. It’s tough to shed the guilt that comes with sharing intimacy in a society that frames consecutively monogamous relationships as ideal, and anything else as ‘sinful’ or ‘perverted’.

What does your partner do for work? My boyfriend works in a kitchen and would it be unreasonable if I got angry that he cooked food for other people, as if he should only cook for me. Food is important and it can be intimate, and expensive.

In clubs: Some venues allow clients to touch us back, others don’t, ideally it would be the choice of the Sworker what level of contact they engage in, but the inherent exploitative nature of capitalism means that many workers work in the safest places that are available. Nobody is ‘taking’ anything from you when you exchange touch – what matters is that both people including client and worker are safe and agreed to the exchange. It is a perk if I’m liking some of the sex with this client, or dancing for them, and my partner is happy to hear that I was able to enjoy some aspects of my hard work, always.

I’d like to establish that no two adult venues are identical, regardless of industry. If I go to one sandwich shop and its poorly run and creeps me out, that doesn’t mean all sandwich shops operate in the same manner. For many folks who are freaked out by the adult industries of stripping, webcam, phone-sex, porn-making and webcam, its probably because they had negative experiences in their first exposures, or are experiencing culturally inherited shame about sexual women. However, if all the porn shops and clubs are derelict dumps where you live it’s probably because adult-oriented or sexually relevant businesses aren’t held in high esteem by our society, and therefore not held to a high standard for maintenance or care.

I challenge anyone suffering from their partner’s lack of support to ask them: What do you think is valuable about my work? Why do you think it is difficult? And are you willing to help me be more safe and secure?

If your partner hates your sexually relevant job, you’ll know because it will be one of the first things brought up during a fight, and it will stem from their jealousy. Resentment can be dangerous in relationships with men, and if you have a bad night at work and they respond with “well what did you expect in such a dangerous job?” rather than, “I’m so sorry someone treated you like that and how can I help?”, it’s definitely time to find another partner, one who doesn’t justify your abuse because of their own inherited shame about female autonomy.

“Thriving in Sex Work” by Lola Davina is a great book resource for navigating shame, dating, jealousy, and self care.

Other Resources for reframing monogamy:

“Mating in Captivity” by Esther Perel

“Opening Up” by Tristan Taormino

Good luck in dating! And remember there are over 7 billion people in this world and plenty of those folks will love sex workers without shame.