How Sex Workers Are Fighting Back Against Trump – Rolling Stone

If you’re like most liberal and progressive-leaning Americans, you may not be sleeping much. Daily updates about Trump’s still-forming cabinet are probably keeping you up at night, even as you scramble to attend protests, donate money to the ACLU and book your tickets to march on Washington.

The nation’s sex workers are no different. While some likely voted for Trump, many sex workers – in jobs from nude modeling to prostitution and everything in between – fall into categories that leave them especially at risk under the Trump administration. They are overwhelmingly women, many are queer and transgender, many undocumented immigrants. Nearly all work as independent contractors or even illegally, relying on low-cost health insurance through the Affordable Care Act or clinics that serve the uninsured on a sliding scale, like Planned Parenthood.

Ari, a New York-based social worker who moonlights as an escort, says that Republican clients kept the city’s sex workers busy during the week after the election.

“During election week I had sex with a lot of Republicans,” Ari, who asked to use only her first name, tells Rolling Stone. “Everyone in the [online] sex worker forums was making jokes about it, because it was banging last week.”

Thanks to sex workers, that Republican money is going to causes like Planned Parenthood and the Standing Rock protest. Many are also advertising special fundraising shifts at strip clubs and organizing through private Facebook groups and other online forums where sex workers share vital information about clients and police stings as well as posting photos of gently-used platform heels for sale.

Why would any woman doing such demanding work just give their money away? For Whaley and others like her, making a lot of money in a short amount of time – and never having to work a 40-hour week – is a privilege she’s highly aware of.

Portland stripper and single mom Elle Stanger pointed out the contrast between her profession and an hourly, minimum-wage gig. A former grocery clerk herself, she’s acutely aware of how little time and money many working-class people have – and she’s grateful for the extra cash she can afford to give away.

“A lot of people who are trapped in low-level jobs owned by big corporations, they’re the people who need to keep every penny,” says Stanger.

That’s why Stanger decided to turn Black Friday into her own personal charity shift at the strip club, in an unironic nod to the working class holiday of desperate consumption. Stanger calls her fundraising effort #Thanksstripping, and she’s been promoting it on Instagram, Tumblr and Facebook. On that night, 100 percent of Stanger’s stage tips will go to Planned Parenthood. Most of her clients share her political views, she says, and find it “horrifying” that Trump and Pence have hinted at defunding Planned Parenthood. Even though #Thanksstripping is a week away, she says, it’s already catching on.

“I already had one person hand me $100 on my shift last week – he said he’ll be out of town but said he wanted to contribute,” Stanger says. “Other women around the country asked if they can use the hashtag and do the same thing.”

Lynsie Lee is also a single mom and stripper in Portland. Lee became famous in 2013 for her flirtatious Twitter correspondence with Sen. Cory Booker, then the mayor of Newark, New Jersey and now a rising star in the Democratic Party.

“I’m concerned with [Trump’s] tax plan and how it will affect us,” says Lee, reiterating that strippers are classified as independent contractors. “He’s already [proposed] alleviating the head-of-household deduction [which benefits single parents,]. Who knows what he will do to small business or those of us who are self-employed and don’t cater to big business.”

“A lot of people are willing to donate money right now,” says Whaley, who is planning to fly from New York to the Standing Rock reservation in North Dakota to take part in the Sacred Stone Camp’s protest against the Dakota Access Pipeline. The trip, she says, is being entirely paid for by a “sugar daddy.”

Read the full article on RollingStone.com 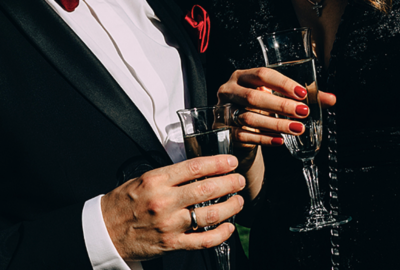 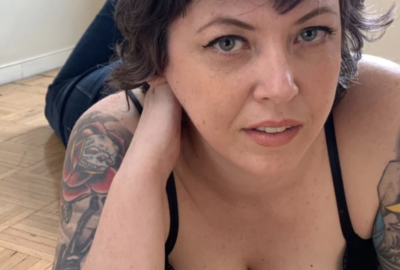